Someone felt they had to gain access to the 1215's cab by kicking out the fireman's front window. Plastic window was destroyed. Window frame was not damaged. Repairs will cost about $20.00. OSH Boxcar

Another big step towards getting OSH boxcar back on its trucks: Today, Larry, Denis and I started to wire brushed the ends of the car in preparation of applying paint. Cleaning of the end of the car facing south is complete and ready for next step. End of car facing north is about 2/3rds done. I hope to have more of this work done tomorrow.

The next step in the process is to weld repair some of the rusted out areas on the ends of the car. Patches need to be applied before painting. 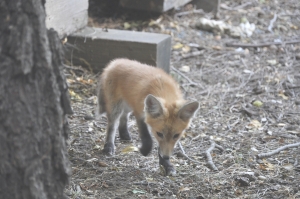 In addition to the many cats, a family of foxes has taken up residence.

This morning I saw at least five animals living around the south-east pile of material. Two may have been parents with three kits. One of the kits is not very shy. It walked up to within six feet of where I was standing. I did not want to scare the animal but on the other hand I did not want it to become unafraid of a human. There are to many mean people out there. Image below is of the animal coming slowly towards me.

It's been a busy week with again some good news and not so good. 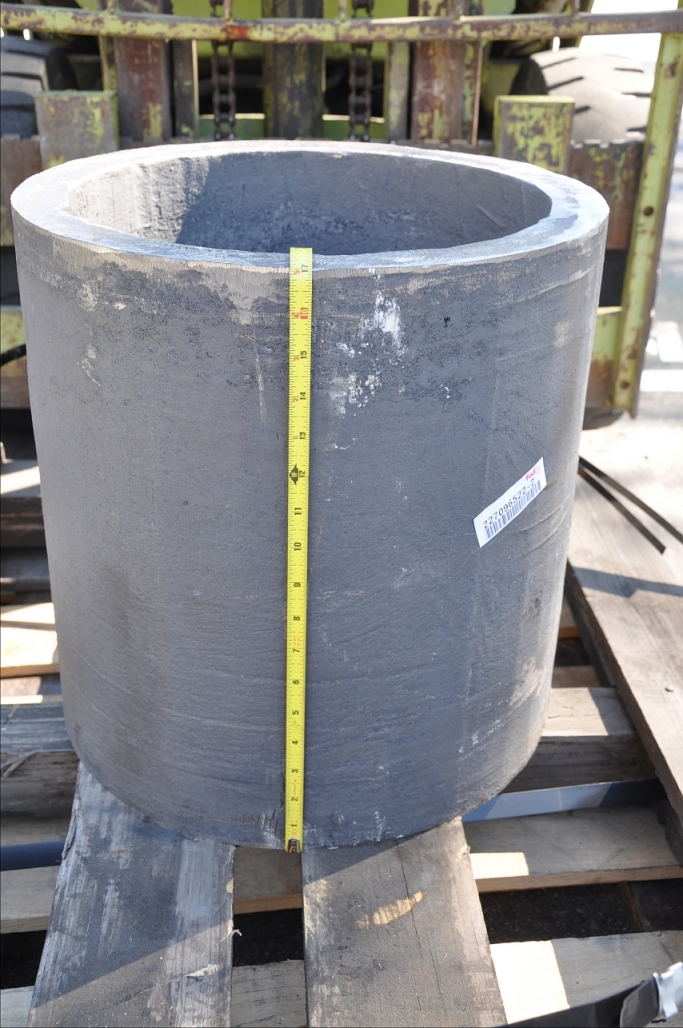 The casting for the new steam distribution valve bushing was received earlier in the week. John Ezovski successfully delivered one valve bushing casting to Andy Monday May 5th morning. The HUGE machines in his shop are amazing. 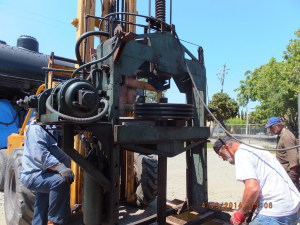 Last weekend we failed at pressing a piston off its rod. Our leaky press has a capacity of about 30 or so tons. Bob Schneider contacted his contact at the VTA Light Rail Facility. We were invited to bring a piston to their shops yesterday for observation. The shop crew was excited to get on this thing with VTA's 300 ton wheel press. The piston was mounted and the pressure brought up. At 200 tons nothing happened.

At 250 tons more of the same, nothing! (and to think we were hoping to free it with our 'little 30 tonner'). At 300 tons, things were looking pretty grim. After a few moments at 300 tons a rather loud bang occurred and things separated. The piston and rod were two separate items. 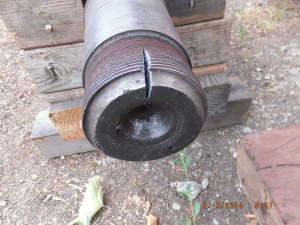 Here is where the not so good news comes. A crack developed in the nut end of the rod. A rather significant disappointment. Some better news, we believe a repair is within our capability. Today the crack was ground out and is ready for welding.

In the coming weeks, the rod's old threads will be cut away. End of the rod will be built up with weld and new threads cut. These repairs may not be completed until July as our mechanical adviser/journeyman machinist will be out of town for a number of weeks.

Earlier in the week, the fence along Healey Ave. was cut. This section was repaired. Improvements were made on two other areas that had been repaired some time back.

The leaky hydraulic press is receiving some attention. A number of leaks are being corrected. Improvements to the press are being studied. 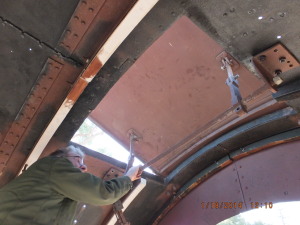 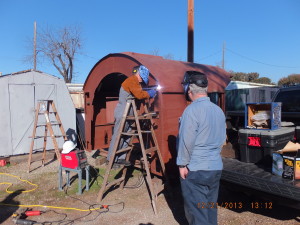 The cab roof tongue & groove boards have been cut to the proper sizes and only the creation of the tongue and grooves remain. 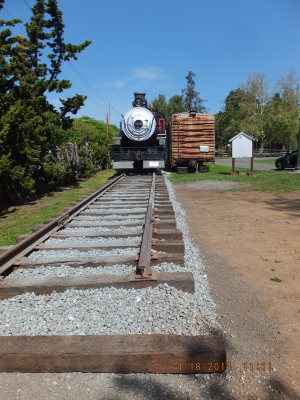 Over the past three weeks base material, ballast, ties, and rails have been laid in front of the 1215 locomotive located at History San Jose. This is so we can eventually move the 1215 locomotive forward enough to insert the Orchard Supply Hardware box car between it and the caboose. We will then have a real train.